After more than 15 years working in Michelin kitchens, Björn Swanson opened his own restaurant Faelt in Berlin, last October in the middle of the pandemic.

The restaurant was only able to remain open for a total of four weeks before the pandemic shut the doors once again. It has been closed now for more than seven months and Swanson looks forward to reopening in the near future. The four-week window he was able to open last year turned out to be enough to be awarded a star by the Michelin Guide – “a great honour and motivation for the team.”

On stage at Madrid Fusión Alimentos de España he explained that after years of working in Michelin starred kitchens, he looked for a simple approach when opening Faelt, one that allowed him to spend time with his family while creating great food in the restaurant. “We reduced everything to the essential, we have a plain restaurant; we are welcoming, but we want to be simple,” he said. “It is like eating at home with a living room atmosphere, there’s little distance between the dining room and the kitchen and we enjoy talking to the customers.”

The ambition is to make the guest feel good. “It doesn’t matter if they wear flip-flops, shorts and t-shirt or evening dress and jacket,” he explained. “The pandemic gave us a chance to think about what really matters in life and we realised that the priority is simply to meet other people, spend time talking and being together.”

Sustainability is another pillar of Swanson’s life, at home and at work. He only works with ingredients sourced from within 50 km of the restaurant in Berlin and the surrounding Brandenburg region, tough he makes an exception for the herbs that can be sourced from further away.

This fixed focus on the ingredient, he said, should not be considered a trend, but an essential and integral part of how chefs work in the kitchen.

In fact, as a chef he shies away from trends and fripperies. You won’t find a tweezer in his kitchen –  “I am a chef not a surgeon” he said and he left Instagram to avoid being influenced by what other chefs do. “I got to a point where I saw that everybody was posting photos of the same flowers and herbs; I want to use my own influences and my own inspiration,” he said.

He describes Faelt as a German restaurant with Nordic influences, reflecting his own Swedish heritage and the Danish roots of his sous chef. “But I also have experience with French haute cuisine and the modern cooking of Spain, so we have our own style,” he said.

Reflecting his commitment to sustainability, the menu at Faelt is mainly vegetarian – in a regular menu diners enjoy just one meat or fish dish. On stage at Madrid Fusión Alimentos de España he demonstrated an example of what guests might find on his dining room, preparing a dish of venison, blood and cabbage. “You don’t need meat or fish to be happy, you can achieve so much with vegetables,” said Swanson. 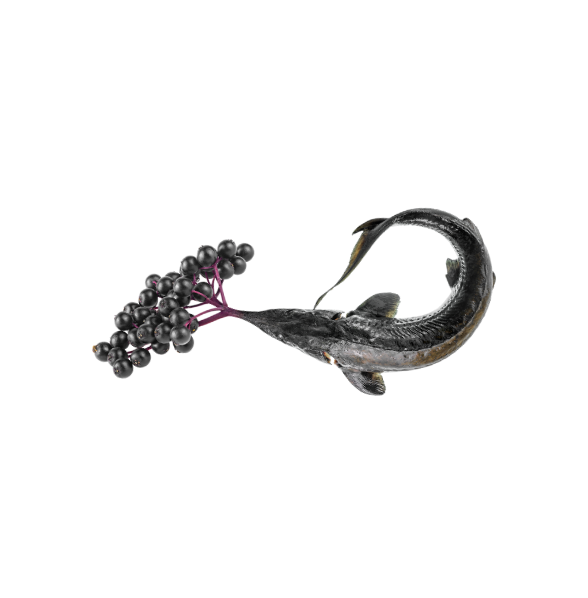